The programmable EPS200 and the EPS300 electrostatic chuck power supplies were developed in 1999 and 2001, respectively. The EPS200 was the first ESC power supply available on the market to incorporate an arbitrary waveform generator. Likewise, the EPS300 was one of the first commercially available ESC power supplies to integrate a capacitive wafer sensor. The EPS200 and the EPS300 each allowed up to ten user-definable clamp and release programs to be defined and stored. Both have proven reliability in RIE, ICP and PECVD semiconductor processes. 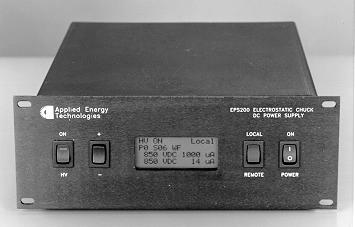 The EPS300LX, which included an integrated Luxtron fluoroptic fiber optic temperature measurement system, was announced at SEMICON West in 2002.

The new GPA, GPE and GPX series of electrostatic chuck power supplies were introduced at SEMICON West in 2018.

Industry Associations
Gripping Power Inc., is a member of the EtherCAT Technology Group.